Ayana being prepared for Genoa 2023 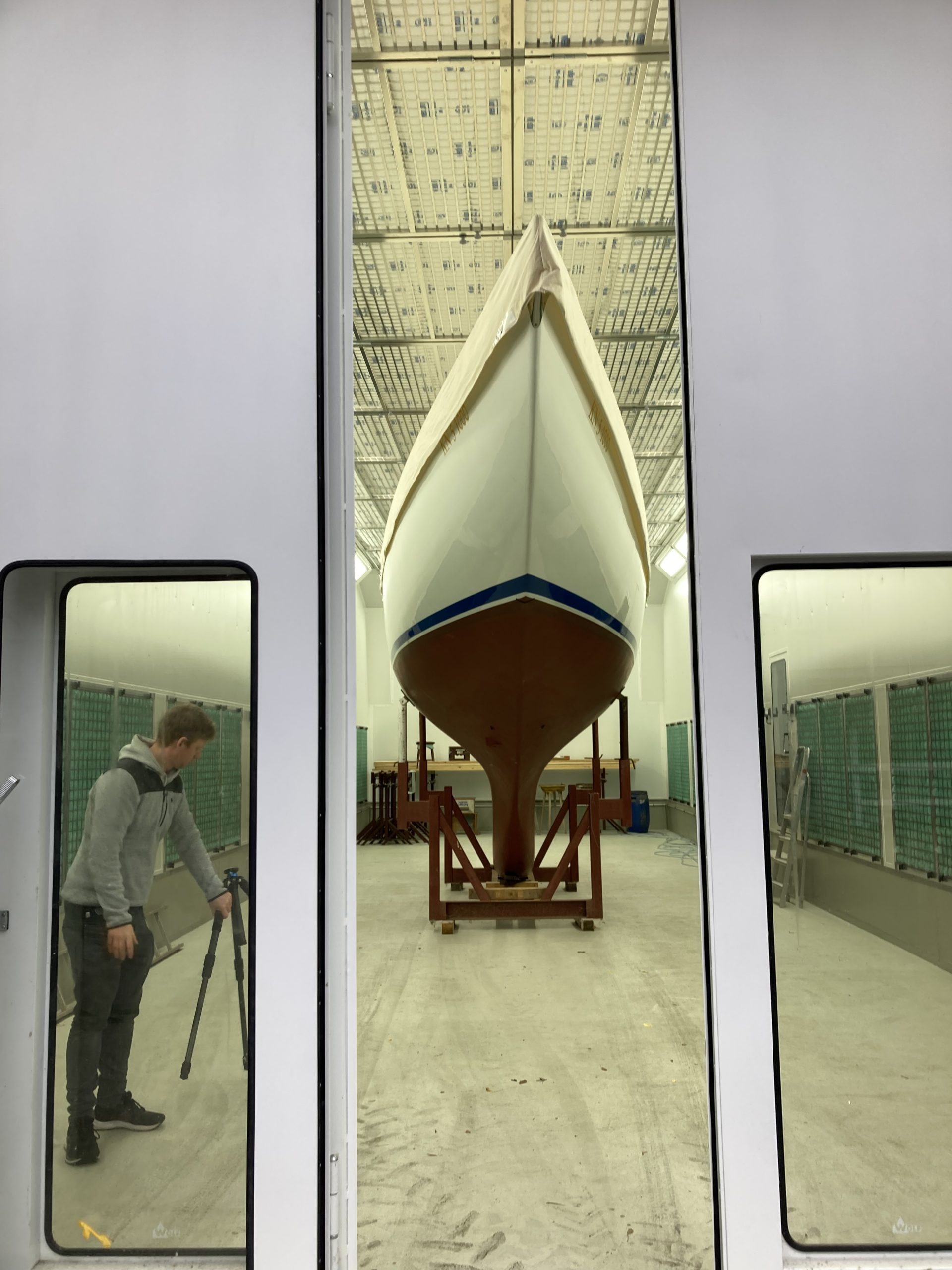 When it comes to 8-Metres then there is always something cooking at Yacht- und Bootswerft Josef Martin. For at least 50 years that yard has been the traditional home for the 8-Metres on the North shore of Lake Constance and rarely will there be less than 4 or 5 of them in the sheds. So what’s on the menu today ? Well, for that we need to a look inside the paint shop.

Ayana has just been brought in. After being in the shed for a few seasons she’s out again and getting prepared for the 8-Metre World Cup in Genoa. Ayana was always well maintained, never in desperate need, far from that, she was near perfect but to Josef Martin that’s just no good enough. So her underwater body will be stripped back, long boarded, faired and painted until it’s all baby skin smooth. Topsides and varnish work same thing of course. Then she will have a new Sitka spruce mast and boom, one of the two new 8-Metre rigs that the yard will build this winter.

Built and designed in 1947, Ayana is one of the first post WW2 built 8-Metres. Designed by François Camatte as a development from his famous 8-Metre France, Ayana spent most her life in Cannes and life along the Cote d’Azur treated her well, she was spoiled to bits from the day she was launched, just basking in the sun, champagne sailing around the bay, professionally maintained and a loving chammy every day. And Ayana was quick, she was raced regularly in the Meditaranian by WalterLatscha who won the Sira Cup with her in 1986. In 1997 Ruediger bought her from Walter and continued the tradition and so next season she will be back in the Meditaranian, ready to race for the Sira Cup in Genoa.