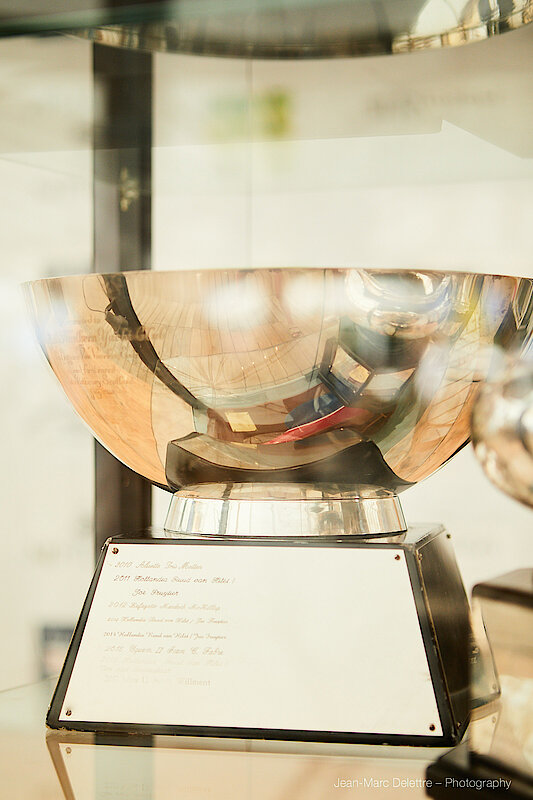 After the war, the available money was spent on rebuilding Europe and the heavy 8-Metres became a terrifically expensive boat to build. A new generation boats, much lighter and with proportionally less sail area emerged. Somehow the Eights survived, no new boats were built but the old ones proved to be great for club racing. In Scotland a large fleet was actively raced on the Clyde and of course the Scandinavians, French and the Lake Ontario fleets remained active racing, although most of them ran on a shoe string budget. Eugene van Voorhis was the first to build a new 8-Metre in 1967, the awe inspiring Iroquois designed by Olin Stephens. She was to race for the Canada’s Cup but due to a change of rules she never did. The result was that Eugene decided to sell one of his other 8-Metres, Iskareen, and shipped her to Scotland. This would be one of the most significant turning points in the history of our class. The story goes that one night at the Royal Northern Yacht Club, Eugene challenged the Scots for a race, not just a boat race but a battle between the old and the new world. Supported by a generous flow of whiskey the race was to be the 8-Metre World Cup, no-one expected it to be more than tremendous fun but as it happened it is now our oldest trophy in modern times.

The trophy was to be a challenge cup and raced for, if possible once a year with a minimum of 3 nations competing. And so it happened that in 1970 a group of 8-Metres gathered on the Clyde to race for a trophy which was to become a new tradition in the class. Scotland gave Eugene a special welcome. Leaning against a furious gale and torrential rain, Eugene walked across the lawn of the Royal Northern assuming all would stay inside. He was greeted by his hosts with “Fine day for a boat race Gene”. Shortly after six boats crossed the line; Silja, Christina (ex and now again Ilderim), Iskareen, Severn, Turid (ex Froya) and If. In great friendship the boats were raced hard with the Johan Anker designed Silja, owned by the Scotsman Dr. Weir, winning the first World Cup and Eugene van Voorhis making a close second.