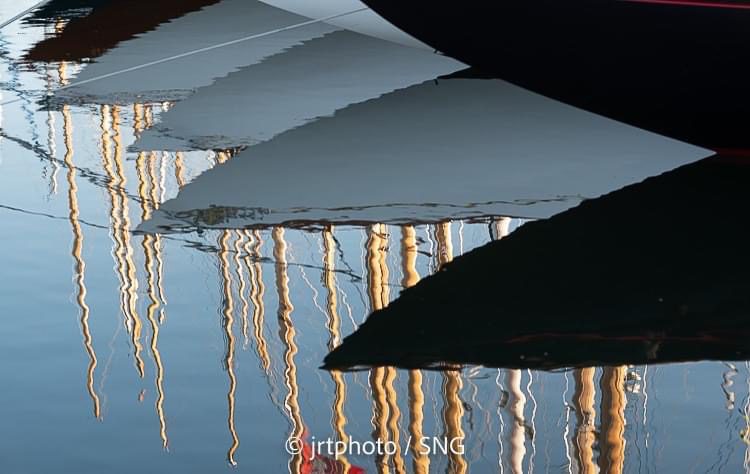 We are now approaching the end of the first proper sailing season for many of us since 2019. What a relief to be back out on the water racing our beautiful boats! We thought it is an appropriate time to update everyone on current and recent events.

We will have a look back on the World Cup in Geneva, and the AGM, where we held a good discussion about the future direction for our class. Updates on this will follow as we have the first stepping stones in place. The primary goal for IEMA is the promotion of the Class internationally. We aim to bring as many boats as possible to the World Cup, but also to create an exciting programme where we can enjoy racing our yachts competitively and make the Class the one that everybody wants to be part of. The first steps have been made, by adding the complete (interactive) results of the last 20 years on the website 8mrworldcup.com website after a massive effort of Michiel insinger. More steps will follow shortly and you will be updated in full.

We are excited for the future of our Class, and we look forward to race as a Class now and in the future. See you all on the water, hopefully sooner, than later.

As you will be aware, the 2022 World Cup was hosted by Société Nautique de Genève in late July. There were 24 boats on the start line and we think all participants would agree the event was an outstanding success. It’s been a long time, but we were delighted to welcome Bona and Vision from Italy, the first time in many years we have seen Italian boats participate. We would really love to see some French boats join us at future events, so let’s see how we can motivate them to join in!

Our thanks go to all at SNG but especially to Vice-Commodore Axel Meyer and his team. Hosting a World Cup requires a lot of work and preparation and it all paid off. The wind gods were kind but conditions were at times tricky and most boats had a bad day which resulted in close racing right up until the final day. Thanks also go to Jerome Nutte as PRO and Mufti Kling and his team as Jury.

Additionally, the Trophy Virginie Heriot for the Woman Sailor contributing to the Class was awarded to Véra Mogna, owner and skipper of Bona.

World Cup 2023 will be held from the 28th of august until the 2nd of September in Genoa, and will be hosted by Yacht Club Italiano. We hope to see an even larger turnout for this event! Additionally, we are seeking to organise 8mR starts at a number of Mediterranean regattas around Genoa and hope as many yachts as possible, will stay to participate. More details will follow when events are confirmed.

The 2024 World Cup will be back to the Clyde in Scotland for the first time since 2007. It will certainly be different from the Mediterranean, but as Past President John Lammerts v Bueren reported from Falcon (who participated in the Fife Regatta in June): “fantastic sailing, kinda wet and windy but superb organisation and immeasurable huge fun!”-

As usual the IEMA AGM was held in Genèva at SGN on the lay-day during the World Cup. You should all have received the Invite with the Agenda and supporting papers. The minutes are in the course of preparation and will be sent out in due course but in summary:

1. Opening of the Meeting

The meeting was opened by noting the passing of past Executive Secretary Guy Jones with a minute’s silence.

It was also reported that Past President and Honorary Life Member John Lammerts van Bueren had been awarded the honour of Knight of the Order of Oranje Nassau for services to the world of Classic yachts.

The new owner of the Neptune Class boat Severn, Mr Sven Schultz, was introduced as a new member of IEMA. He will start his campaign with Severn in Genoa next year. We welcome him to the Class.

The Minutes of the 2021 AGM as circulated were approved.

The Executive Treasurer, Tom Knutsen, presented the accounts which were approved.

For a variety of reasons, including the pandemic, the Technical Committee did not have much to report but there are a number of issues that need to be addressed in the next 12 months and it is hoped these will progress under the leadership of the new Chair (see 6. below).

Hasse Karlsson and Max Norlund made an excellent presentation on behalf of Airisto Segelsällskap (ASS) in co-operation with FEMA, Åbo Båtvarv and the City of Turku to hold WC2025 at Turku, Finland in August 2025. This proposal, which had the support of the Executive Committee, was unanimously approved.

Nominations for 2026 and 2027 are being invited for consideration by the Executive Committee. We are aware that Sodus Bay Yacht Club on Lake Ontario, U.S. are working on an application for 2026 and we would expect a presentation to be made at the 2023 AGM. If approved, a venue for a European Championship will need to be determined.

Subsequent to the AGM Invitation, Past President John Lammerts van Bueren and Chairman of the Technical Committee expressed a wish to stand down as Chairman due to work pressures although he will remain on the Committee. Julianne Hempel was nominated in his place. She will be supported by Kjell Myrann. Her nomination was unanimously approved and we look forward to working with her as Chair. The other nominations were approved unanimously.

7. Proposals for Membership Dues for 2023

We explained the need for the proposals set out in Appendix 5 of the AGM Invitation. The proposal to increase the basic Membership Fee for 2023 from €100 to €250 was fully understood and approved.

There followed a full discussion on the proposal to introduce Patron Member Sponsorship whereby Owners would voluntarily agree to commit to pay €2000 (including basic Membership) for three years to help with our search for a Title Sponsor. We really need to promote our Class by adopting a much more professional approach to exposing our Class to the World and that cannot be done on the basic Membership Fee.

We were absolutely delighted with the support this proposal received and to date we have commitments from:

These commitments will make a huge difference as to what we are able to do and other Owners are invited to join this very generous group as the promotion of the Class is in every Owner’s interest as we believe raising our profile will preserve and enhance the value of our boats.

The Meeting also approved that Excom be authorised to agree a one-year “Group” deal for NAEMA Members.

Whilst writing, a significant number of Owners have yet to pay their 2022 Fees of €100. If you are in that category please pay now. Please email Executive Treasurer Tom Knutsen at treasurer (@) 8m.org if you are in doubt about what or how to pay. We plan to review the situation of non-payers in the coming months. Compared to other Class dues and in the context of running an 8mR, the IEMA subscription is very low and we hope to be able to demonstrate real value over the coming years.

There were no Resolutions by Members proposed.

Due to the pandemic and the resultant pressures on business, John LvB has reluctantly had to suspend the latest 8mR Book he had promised to write. He very much hopes to resurrect the project in due course and a lot of work has been done. There were 18 sponsors and they have now been written to explaining the situation and giving them options about what to do about the €1000 each of them generously subscribed.

It was a long meeting but we felt a lot was accomplished and we would like to thank those that attended including some not participating in the World Cup.

We wish you all fair winds and good sailing for the rest of the season!