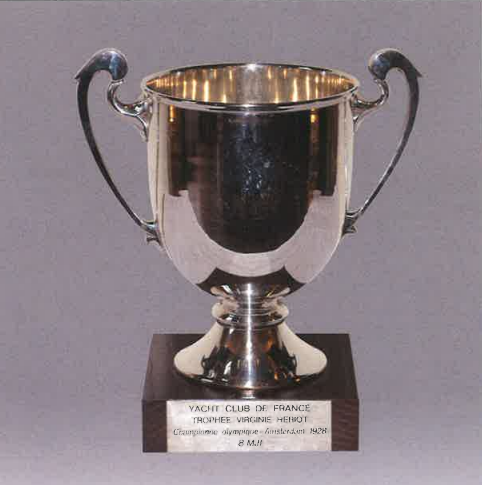 Virginie Hériot (1890 – 1932), member of the Yacht Club de France, honorary quartermaster of the French Navy, emeritus navigator, was famous throughout the world for her elegance, her love of the sea and yachting, her numerous victories in regattas and the gold medal she won at the at the Olympic Games in Amsterdam 1928, onboard her Aile VI, in the Eight Metre Class.

In 2014, the Yacht Club de France created this annual trophy in her memory, to encourage women amateurs who are members of the international 8-meter association – IEMA – who, through their excellence on the water, contribute to the reputation of the class.