I am not sure if you know Dora’s story, but of course there is one and it’s special too ! Back in 1984, Gaston Schmaltz (owner of 8mR France) decided he wanted to build a new modern 8-Metre. Gaston being Gaston, he decided that others should have one too so he built 5 of them and put 4 in storage and to promote the class, he sold them at reduced cost. The first to buy one was Baron Edmund Rothschild. He named her Gitana Sixty (he gave it to himself for his 60th birthday). Not long after Jacques Mazet bought Lafayette. Dora spent most of her life in Marseille named CVI. The last one stayed in storage for almost 20 years, but she came out in 2003. Like all her sisters she was darn slippery too and won the Worlds 3 times.

Much more to tell, will save that for an evening under the cabinlamp.

The Fauroux boats are among the easiest allround moderns to sail, wide groove, very strong and very forgiving. 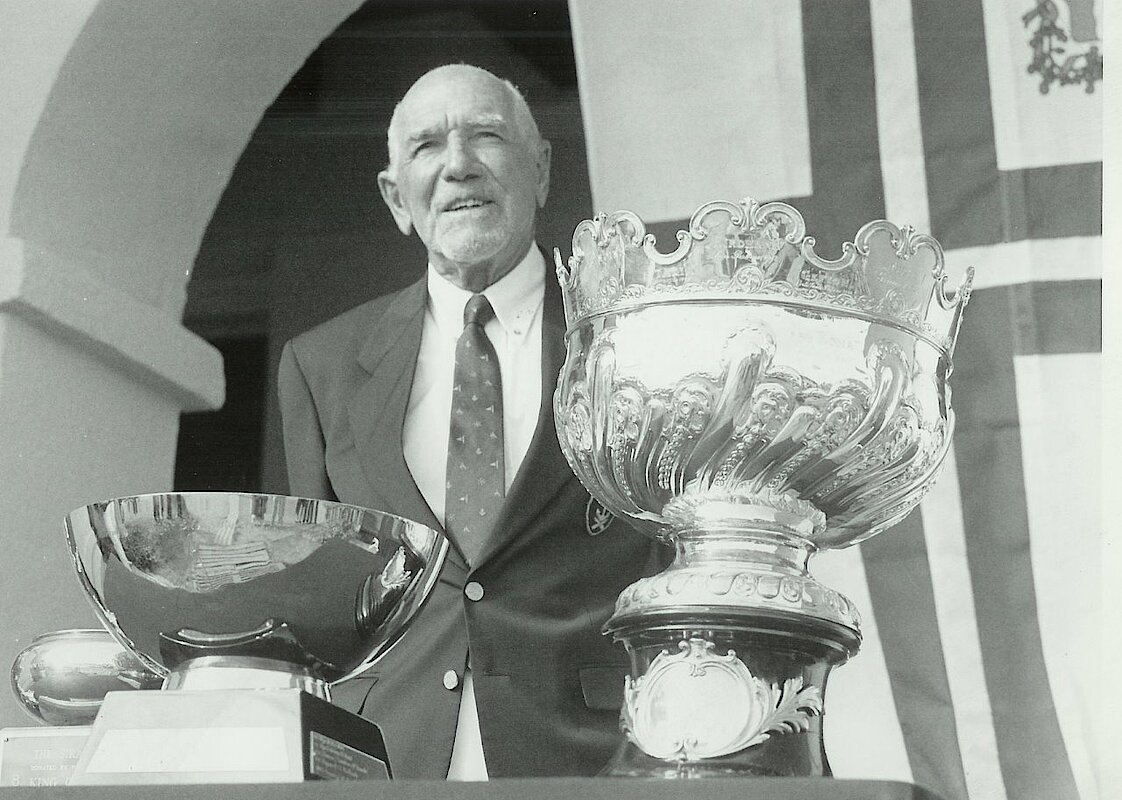 behind the Copa D’Italia, The World Cup and the Sira Cup.