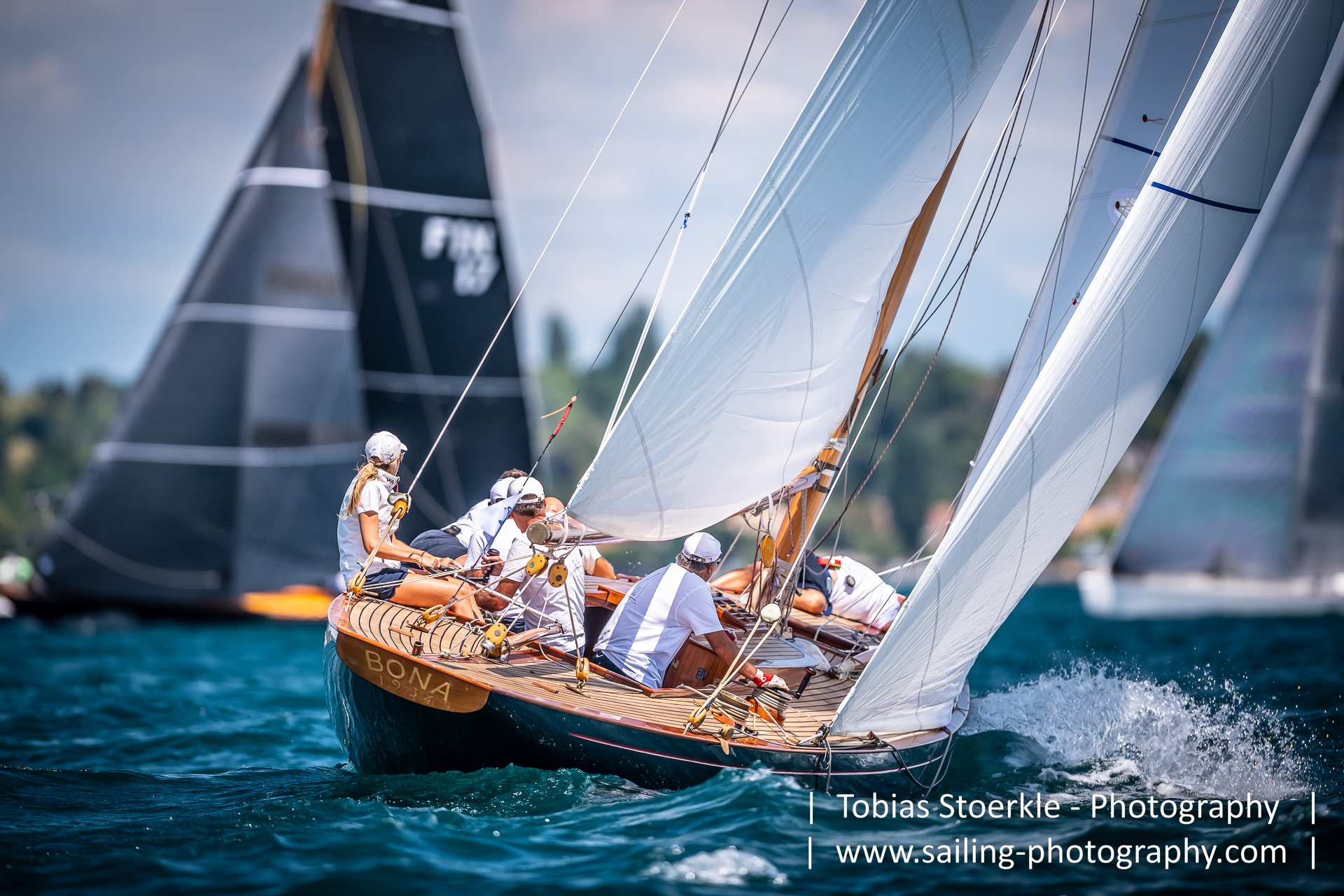 Vera Mogna is CEO of Probiotical, a leading company in the production of probiotics, with a strong attention to the Research. She has always shared with her father not only the commitment to work, but also the passion for the sea. In fact her father was the founder of the company and longtime owner of BONA ITA16.
Then Vera stepped up to the family heritage of the boat and continued the tradition in fabulous manner.

BONA ITA16 has won several World Titles in the past and Vera and her excellent crew has continued to do exactly that again.
Recently with the BONA ITA16 sailboat she has participated in international regattas, in the role of helmsman, obtaining important victories, such as the “Neptune Trophy” in 2022 at the World Cup in Geneva and the “Le Voile de Saint-Tropez SNSM Trophy”.
Vera was also the recipient of the prestigious Virginie Heriot Trophy for Yachtswoman of the year in 2022.
BONA’s soul is alive and kicking, as always, since the beginning, one of the most competitive boat of its kind.